Yggdrasil Gaming is a Malta-based studio which develops software for some of the best mobile and online casino sites on the market, including Slots Million. Specialising in real money video slots, Yggdrasil games are well known for their high-quality animations, colourful artwork and quirky fun. This page delves into more about the talented company and where you can play Yggdrasil’s titles – and give yourself a chance to win huge cash payouts.

Unfortunately, Yggdrasil Gaming’s online pokies and other games software is unavailable to Australians. In the aftermath of the Interactive Gambling Amendment Bill, which went into royal assent in September 2017, previously licensed and regulated offshore sites which host Yggdrasil’s software catalogue exited the Australian market.

Currently, none of the licensed online casino sites still accepting Australian players have Yggdrasil games, and because Yggdrasil operate only in regulated jurisdictions such as Malta and the United Kingdom, their titles probably won’t be around until Australia gets its act together. We will update this page accordingly if we spot any changes.

Yggdrasil Gaming was first founded in 2012 as a software studio providing games for the regulated gambling industry licensed in Gibraltar, Malta and the United Kingdom, all of which it holds licenses in. The company is currently headquartered in Malta, with developmental and regional offices in Gibraltar, Poland and Sweden, with additional certification in Italy and Romania.

Currently, the studio’s major product is their online pokies range, but their portfolio also includes lotto, keno and scratch cards that are available to play at select online casinos.

Yggdrasil Gaming’s online slots software is well known for their cinematic graphics and entertaining gameplay. The company is one of the few in the iGaming market which launch all of their games simultaneously on desktop and mobile, made possible with their proprietary iSENSE 2.0 HTML5 framework. It’s clear these guys love their job and aim to deliver the best possible product, as all of their games include features you don’t always find in other online and mobile casino games, such as fast-play mode (to speed general gameplay up), 16:9 aspect ratio, and no-screensaver mode (have the game run un-paused in another tab). Combined with speedy loading times and top-quality localisation efforts to reach have widest possible global reach, it’s easy to see why they’ve won big awards. 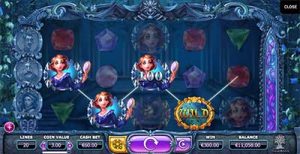 Beauty and the Beast: One of their most popular online slots, this five-reel, 20-payline game is based on the classic French story and features astounding visuals and an enchanting soundtrack to get the feel of the fairy tale come to life just right. The game oozes high production values with a cinematic opening that looks like it came out of a Pixar movie. The Golden Bet feature lets players nab free spins and higher payouts while enjoying elaborate animations of the Beast and his house-hold companions on the reels and symbols. 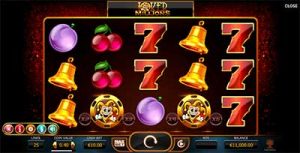 Joker Millions: One of Yggdrasil’s first ever video slots and the company’s first pooled progressive jackpot game, players can win up to €62,500 on this five-reel, 25-payline game. Each Joker symbol has a Mystery Win that when successfully spun, awards up to 1000 coins. The aim of the game is get all 15 jokers on every reel to score a jackpot spin and ultimately win the big prize pool, a feat which many of Yggdrasil’s fans have successfully managed. 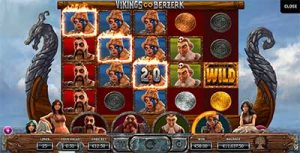 Vikings Go Berserk: A sequel to one of their most successful video slots, Vikings Go Berserk is a five-reel, 25-payline game combining a fun Scandinavian warrior theme (complete with a rage meter that acts as your ticket to free spins mode) and high payouts thanks to Bezerk Mode, which can turn the evil Siren into a sticky wild for bigger bonuses, which lead into Ragnarök Free Spins for a chance at having the game’s 4 Vikings trigger Berzerk Mode for four times the amount of additional cash rewards.

Yggdrasil Gaming implements multiple policies and in-built procedures to protect vulnerable players. It also works with regulators such as the Malta Gaming Authority and United Kingdom Gambling Commission to adhere to fair and responsible gaming practices and ensure their games software is free from criminal activity. The company allows its Information Security Management System (ISMS) to be audited annually by independent watchdogs to guarantee its data is fair, safeguarded and untampered.

Where can I play Yggdrasil online casino games?

Currently, out of our top recommended sites, Slots Million hosts over 30 of Yggdrasil’s best online video slots. This site is one of the most popular in the world thanks to its 2,000 strong catalogue of slots games and safe and speedy deposit and withdrawal options, including MasterCard, Neteller, Skrill and Visa.

Yggdrasil ultimately has a much smaller selection of games than its competitors, owing to its relatively young age. But it’s apparent that every single game in its collection is of the highest possible quality – and it’s the reason why we recommend trying them out for fun and high payouts whenever you get the chance.