Pokies have come a long way since we would pull a lever to spin the reels of a one payline fruit symbol machine, and thanks to technology and the Internet they now offer incredible features.

As such, this has seen the transformation from simple gambling machines into a form of entertainment with the chance to win real AUD money. We take a look at modern video pokies features and explain each in detail, as well as include the best titles to play if you’re after specific types below.

What are pokies features? 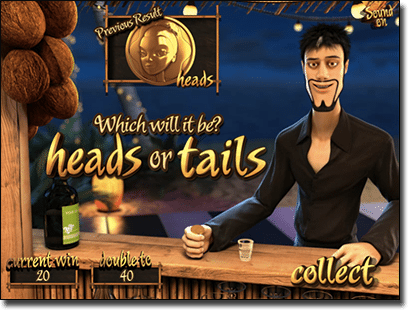 Pokies use to be known as one-armed bandits due to the lever on the side of the land-based machine. It would pull the reels and the player would need a number of symbols to line up to win. However, pokies have come a long way since then utilising video technology to create animated, themed, and graphically stunning video pokies.

These were originally only available at land-based venues with features quite limited in terms of what they could offer – usually just free spins – but when the Internet was introduced video pokies advanced even more.

We have since seen unique bonus features developed, such as scrapping paylines, adding unique functions to Wild symbols, creating new and unique bonuses, and even offering multi-level bonuses similar to video games.

This has created a level of complexity and entertainment to earning a payout, instead of just tediously spinning the reels to line up symbols.

We’ve detailed the most common and popular bonus features, but keep an eye out as top leading software developers are constantly creating new features to keep players interested.

This is more of an off the reels type of feature where paylines are scrapped and in their place there’s a certain number of ways to win, e.g. 243, 1024, 3215 ways to win.

The minimum bet is a bit higher on these types of pokies since there are so many ways to win.

Free Spins are probably the most common feature found on pokies these days at both land-based venues and online.

Free spins involve a certain amount of spins available to play for free – usually activated by the Scatter symbol (though it can be called the Free Spins symbol or activated in another manner).

Some feature multipliers (see below) applied, which means you can win a huge sum of money without wagering a thing for a certain number of spins.

Free games/bonus rounds are also quite common alongside free spins and generally both are included. Online pokies see more unique bonuses however.

These can involve anything from Wheel of Fortune type bonuses, where a wheel is spun hopefully landing on a prize (sometimes a huge jackpot if you’re playing certain progressives); Click Me, Pick Me bonuses where you pick symbols to reveal a prize until you end the bonus (usually by clicking on a certain symbol); Multi-level bonuses, where you can complete certain bonuses each time you unlock levels; Matched Symbols bonuses, where you match symbols for a prize; and many more.

These can be activated in multiple ways, including at random, by scoring a certain number of Bonus symbols, or even via bonus metres where you collect a number of symbols to activate the bonus game (a unique feature in itself).

Multipliers are simple and can be applied to bonus rounds, free spins, Wilds and more. They see a certain number applied to wins, for example 2x, 3x, 5x, etc., and can get as high as 50x your winnings on some pokies.

The Gamble feature is available on land-based pokies and now online on many titles. This feature allows you to either double or quadruple your winnings after a winning spin, generally by picking the colour of the card (red or black) or the suit of the card (Clubs, Hearts, Spades, or Diamonds).

Some providers mix the Gamble feature up by incorporating the theme and offering symbols or characters to pick from too.

The Wild symbol use to be unique when it simply substituted for all symbols (except for the Scatter or Bonus Symbols usually), but providers have advanced their functionality further by adding special and unique functions to their original use.

This feature activates after a winning spin and instead of the reels spinning, the symbols explode and new symbols fall into their place for another chance at a win. This generally continues until a non-winning spin, and multipliers can be applied on consecutive cascading wins.

This feature is quite new and has only appeared on a selection of titles. To opt in you pay extra to enhance the reels with certain symbols, such as extra Wilds.

These are available online and offline, but Internet progressives can be connected across a huge number of online casinos, more so than land-based venues, as large network jackpots meaning the prize pool is huge – sometimes up to eight figures.

Irrespective if they are local or large network jackpot progressives, they climb via a percentage of every player’s wager and can be won a number of different ways – randomly, via a Wheel, etc.

MegaSpin: Another format feature where players can spin the reels of more than one pokie at once.

Skill Stop: Players can click a button to stop the reels when they want in order to try and line symbols up.

If you after titles with one or more of the aforementioned features, we have found the ten best for you to try out.

You can find these online pokies titles at our recommended online casinos – accessed easily by clicking or tapping the links.