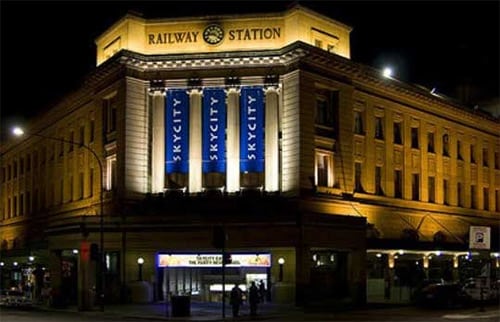 SkyCity has posted a strong profit for the previous fiscal year with several of its gaming venues returning to the black.

With six casinos in Australia and New Zealand, the company’s net profit after taxes increased by 10 percent to $113 million last year.

It’s Earnings Before Interest, Taxation, Depreciation and Amortization (EBITDA), also increased by 5.5% to more than $251 million.

SkyCity also witnessed a boost in its overall operational performance across the board with a revenue increase of 39% to $8.84 million for its international business, where EBITDA jumped a whopping 71% to $24.23 million.

The CEO of SkyCity, Graeme Stephens, expressed his excitement about the performance of the company.

“I’m particularly encouraged by both the strong rebound in our International Business and a return to earnings growth in Adelaide and Darwin on a like-for-like basis,” he said.

“Set alongside the continued growth of our flagship Auckland property on a record previous corresponding period and a solid result from our Hamilton site, the group’s performance provides us with confidence that we can continue to deliver on our key strategic initiatives and major projects over the coming year.”

Out of the six casinos, five of them witnessed a boost in revenue compared to the previous year. However, the company’s Darwin casino lagged behind, as it saw a higher number of jackpot wins for the Keno 10-spot game.

If not for that, Stephens said we “would have seen Darwin earnings up 6.7 percent on the previous year.”