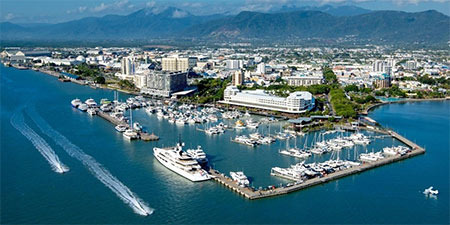 Star Entertainment is one of three operators in the mix for a proposed casino development in Cairns.

The Queensland Tourism Minister, Kate Jones, announced the short list this week while discussing plans for a new tourism hub in the state’s far north.

“Our vision is simple – to create a world-class tourism hub in Tropical North Queensland that attracts more international and domestic tourists, who stay longer and spend more in the region,” she said.

“In addition to the tourism benefits, a Global Tourism Hub will transform Cairns – linking the Cruise Ship Terminal, the Cairns Convention Centre and the CBD.

“We’re committed to growing the tourism industry in Tropical North Queensland. A GTH will support upgrades proposed for the convention centre and the dredging proposed for Trinity Inlet.”

Star will face stiff competition for the right to operate the new casino resort.

One of the rival firms is Hard Rock International, which runs dozens of gambling venues across three continents.

The other is a joint venture involving Reef Casino – a name that is already well established in Cairns.

“These companies recognise that with the reef, rainforests and world heritage areas on its doorstep, Cairns has huge potential as an international hub for tourists.”

The news comes after Star Entertainment distanced itself from plans for a second casino on the Gold Coast.