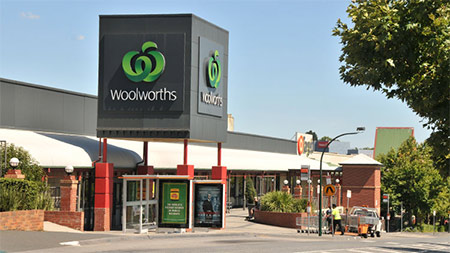 Woolworths has decided to step away from the gambling industry by giving up its majority stake in Australia’s largest pokies operator.

The supermarket giant announced on Wednesday that it plans to merge the Australian Leisure and Hospitality Group (ALH) and Endeavour Drinks, which owns BWS, Dan Murphy’s and several other alcohol retailers.

SEE ALSO: HOW & WHERE TO PLAY ONLINE POKIES

That will consolidate the company’s hotels and bottle shops into a single entity – Endeavour Group – to be either sold, demerged, or floated some time next year.

Whichever way it works out, Woolies is expecting to retain a minor share in the new business.

“Following the combination, Woolworths Group intends to pursue a separation of the business through a demerger or other value-accretive alternative,” a company spokesperson said.

Woolworths has copped widespread criticism for holding a 75 per cent share in ALH Group, which runs more than 12,000 gaming machines across 327 licensed venues.

The hotel operator has endured significant bad press over the past year due to wide-ranging breaches of alcohol service laws and responsible gambling protocols.

It emerged in February 2018 that ALH staff at several venues were recording data on gaming-room regulars and plying them with free drinks and other benefits in a bid to maximise their betting activity.

That led to a formal investigation by Liquor & Gaming NSW, which issued charges against two North Coast pubs earlier this year.

Woolworths has also come under fire from its own shareholders, with Perpetual Investments insisting the retail chain should ditch the gambling business to preserve its family-friendly image.

That message appears to have stuck with Woolies chairman Gordon Cairns, who said: “The board believes that a merger of Endeavour Drinks and ALH followed by a separation, is in shareholders’ best interests and will benefit customers and team members of both groups.”

Bruce Mathieson, who owns the remaining 25 per cent of ALH, will hold a 14.6 per cent stake in the new Endeavour Group.