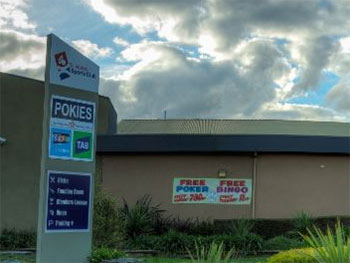 The City of Brimbank is about to pull the trigger on new policies that aim to address the ever-growing issue of problem gambling.

Local clubs that operate poker machines will face massive rent hikes unless they commit to a number of risk-minimisation practices.

Green Gully Soccer Club and St Albans Sports Club lease their properties from the council at a negligible cost, but both could be forced to pay full commercial rates if they decide to keep their pokies games.

However, the clubs could recoup as much as 80 per cent in rent discounts if they introduce consumer protection measures such as $1 maximum bets, tighter operating hours and no smoking.

“This policy allows us to work in partnership with those venues that do have electronic gaming machines to identify and implement measures that reduce gambling harm,” said Brimbank mayor Lucinda Congreve.

Brimbank is the reigning champion of pokies losses in Victoria, with residents losing more than $139.5 million to gaming machines in last financial year.

The region includes some of the poorest communities in Melbourne’s western suburbs, yet local punters have poured some $1.4 billion into the pokies over the past 10 years.

Tim Costello, director of the Alliance for Gambling Reform, praised the council’s willingness to take action.

“Pokies on council land is a fraught issue but I welcome the new Brimbank policy,” he said.

Brimbank is but one among several Victorian councils that are looking to scale down the reliance on gaming revenue within their communities.

Greater Geelong and Mitchell Shire recently fought against plans to bring more pokies into clubs and pubs, while Darebin is embroiled in a court battle with VCAT over a similar issue.